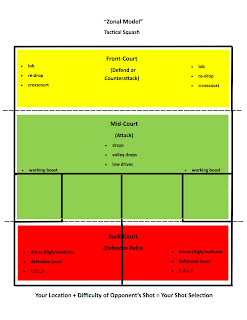 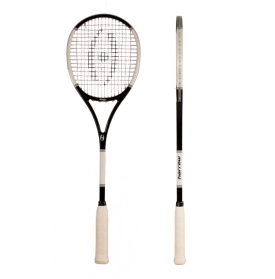 Even though attacking only when in front is an extremely effective strategy and if you followed this you would be much tougher to beat, there are times when attacking from a lower-percentage court position can actually be a high-percentage play. It takes a lot of practice and experience to know when these situations are in a match and how to implement them. There's your strategy talk for the day. Keep it basic and simple and you'll be tougher to beat and you'll ensure that if you lose, it's your opponent beating you, not you beating yourself! For the more skilled, advanced and experienced players there is a time where being less predictable is the right play, but don't overdo and force the play or you'll be asking for trouble!
Posted by Chris Hanebury at 3:24:00 PM 10 comments: