When I was younger I thought core training was just to get a 6 pack that you could show off at the beach. As I got older and learned more about squash, anatomy and the biomechanics of squash I realized how vital core strength and training that area of the body was. In fact, I'd say it's next to impossible to play squash at a high level without having done a lot of core training. Below is a pic of me from my late twenties and even at this point as an athlete you can still see some issues with my posture (rounded back and closeness to the ball) and this was partially due to a lack of core strength. 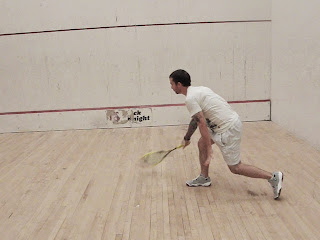 When I was a child and even as a teen I remember doing a lot of situps and crunches, but still my core was never strong enough. Over the past few years I worked with a personal trainer and I learned a lot of better exercises for improving my core strength which are also much safer for my back and neck. Let's take a look at some of these and discuss the importance of having a strong core for squash. 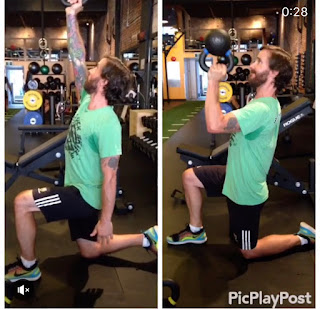 When I think about core strength it's not about if you have a 6 pack or not...it's about your ability for your core to provide stability and in the case of squash be able to hit a ball with accuracy and when appropriate to generate power. I have also learned that core strength is not just in the frontal plane so we need to spend time working our core in different planes, because the squash swing is rotational (which means it is not in the same frontal plane as a setup is). We also need to vary our exercises so that some our core is engaged for a long time (say doing a plank) while others we need to rapidly engage our core and relax it (for example doing a deadlift or a kettlebell swing).

In the case of playing squash our core isn't engaged and producing maximum power throughout the entirety of the match or we'd be spent after a few rallies. It is however called upon at times to maintain our balance throughout our movement and swing, to produce additional force when hitting for power and it also provides us with a smoothness and high level of control when we aim for accuracy like when hitting drop shots. A strong core also means you can stay further from the ball. I often see people get very upright and close to the ball when they want to hit with power because they don't have the proper core and lower body strength to maintain the proper posture from a further distance to the ball.

Simply stated, having a sufficient amount of core strength in squash means you will also be able to maintain superior posture which equates to improved accuracy and it will keep you closer to the T area. People who have weak cores usually are moving as they hit and drop their heads. These people will also probably find it quite difficult to sit perfectly upright for more than a few seconds without a back rest. 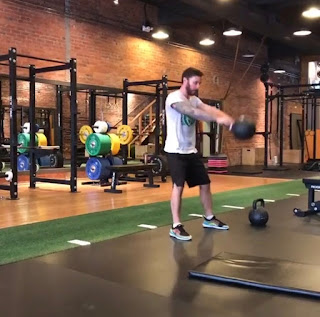 So what type of core exercises are the best? I believe it's safest to start with exercises such as planks, side planks and bear crawls, but let's look at some of my favourite exercises. A couple of weeks ago I did an episode of Squash Shots where I demonstrated my 10 favourite core exercises. You can have a look at the episode here:

Here are some images of various exercises I have done over the past few years which all engage my core to her able top lift, swing, push, pull or balance the kettlebell, barbell, sled or band. 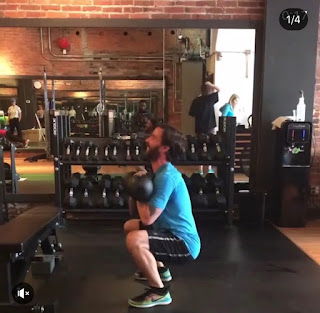 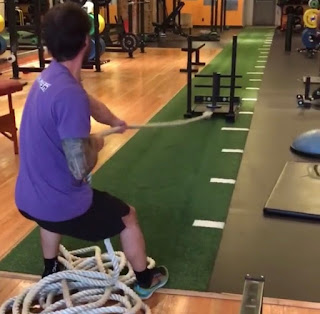 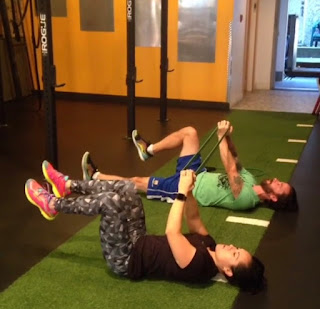 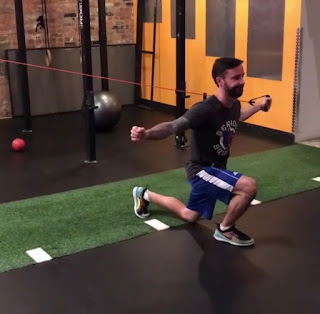 When I worked with a trainer a lot of our work was with kettlebells and doing this means you are using more than 1 muscle group and almost every exercise will engage your core. Exercises like Russian getups, swings, carries, deadlifts, squats, split-squats, snatches and so on are all exercises that will require your core to be engaged to do them with proper form with any significant amount of weight. 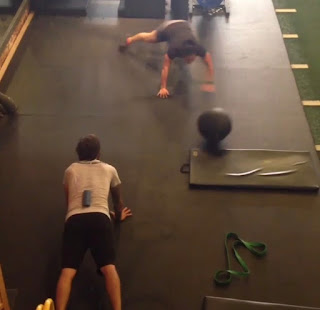 A few months ago I saw a video of me playing from university and I noticed my posture wasn't great. Even though I was playing #1 on a top 8 team at that time I was lacking in the strength department. I know now that I spent too much time on aerobic fitness training and not enough on strength training, especially during the season. Hopefully you're reading this early enough on in your squash days so you can learn from my mistakes. I also highly recommend finding a good personal trainer to teach you how to do properly use equipment such as kettlebells and to train your core safely. If you have back problems, I encourage you to google Dr. McGill's 3 core exercises for back health. 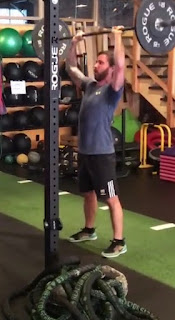 Remember that proximal stability (your core) means superior distal control (of your limbs). If you're serious about your squash you have to dedicate time for off court training or you will never reach your potential. Just like the word implies, the core is the centre of being a superior athlete and an elite squash player.

If you'd like to learn more about Squash Shots you can do so here: Patreon.con/SeriousSquash

If you want to follow Serious Squash on social media:
Instagram @SeriousSquash (here you'll see a section on off court training).
Facebook.com/SeriouSquash
Youtube.com/SeriousSquash

There's also an online store where you can purchase instructional films, video analysis, my masters paper and the Serious Squash Signature racquet! SeriousSquashShop.com