The Making Of The Secrets Of Solo Hitting

It's been an interesting process to produce a film all by yourself. I've received a lot of positive feedback so far and a lot of requests for a 2nd film, but I'm still catching my breath from the 1st one. I decided to do my 1st movie on solo hitting because I felt this was the area I was most knowledgable about and where I had the most to offer the squash world. I thought it would be much simpler of a project than it turned out to be. Here's a little overview of my experience making this film and some of the challenges I faced while making this project.

I originally was hoping to talk on court and explain a drill before I demonstrated it. The trouble here was pretty obvious quite quickly. There was an echo on the court and the sound with the camera was not a high quality. After this I decided to record the video and borrow a friends audio equipment and talk over the videos of the drills. Problem solved, right?

The next issue was constantly running out of space on my laptop and unable to add new footage. I'm still not sure if I figured this out permanently, but I deleted a lot of stuff I don't use and hooked up a portable hard drive. This seems simple enough, but it was an ongoing issue. I also learned that iMovie has some limitations and I may use something else in my next project.

The next problem was how to record the audio. This was the first time I've used a proper boom and recording equipment. I only had a quick how to lesson from my friend and I learned quickly that my apartment is not as quiet as I had thought. Another issue was I discovered how often I say things like 'umm' and 'so' and I now have a new appreciation for live tv and radio broadcasters.

After recording all of the audio and believing that I had everything completed I found out that audio was recorded in mono (instead of stereo) which meant if you listened to the movie in headphones my speaking only came through in 1 earphone. I spent a lot of time trying to fix this and I couldn't figure it out so eventually I had to hire someone to do this for me. They also helped adjust the volume of all the audio since some was recored at various volumes (another lesson learned!). 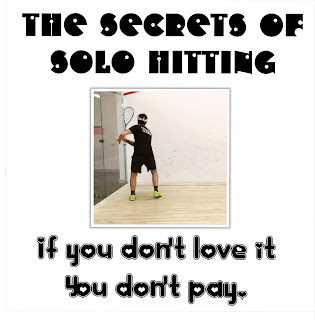 Okay, so the film was all ready to go. Now I had to figure out how to get it online a get people to purchase a streaming or download of the movie. After all it was well over 100 hours I spent on this project and I felt it was squash a unique and helpful product that it had a lot of value. After a lot of research online I found an app on Shopify (Skypilot) that allowed me to sell a streaming of the movie through Vimeo. There was a small monthly fee here, but what doesn't have 1 these days? The tricky part was offering a download of the movie. This file couldn't be downloaded through Vimeo so I had to expand the monthly package I had with Skypilot to host the video on their site and allow customers to download.

I've made a few small revisions to the film since its release and each time I've had to upload a new copy to both Vimeo and Skypiot (which takes quite a awhile for such large video). So finally after more time spent on my laptop than filming the video or recording the audio everything was ready. The real challenge now was marketing. How do you market something like this? Luckily I have a small following of customers and fans on various social media outlets. I've also tried to advertise on some squash sites in Canada (Squash BC and Squash Ontario have posted info on the video so far). I'm yet to get something posted on Squash Canada as per usual they are generally non-responsive and unhelpful, but I'm still holding out hope. I'm also trying to get something posted on Squash Site, but they charge a small fortune for posting on their site and they haven't been very prompt or eager to do so for some reason either. I've also tried to email a few other national squash organizations, but they don't like having commercial ads on their sites especially from an outsider. For some reason I was silly to believe that the squash community would help one another out, because we are all trying to grow the game we love. I guess when people haven't done what I'm trying to do before there is no laid out pathway for what to do and how to do it.

So marketing is proving to be a major challenge. But before the internet marketing would have been almost impossible! If I could get a top pro player to help advertise the film I'm sure that would help a lot, but I can't afford to do that. For now it's just word of mouth and the Serious Squash social media outlets as my main sources of marketing. I've spent a bit of money promoting a couple of posts on Facebook and on Redditt to reach more of the squash community. So far I've sold almost 50 copies to people from all over the world which is really exciting. But I do feel there are a lot of keen squash players (especially juniors) who would be inspired and learn a lot from this video. I know I would have when I was a junior, so I hope it finds its way to those that will appreciate it most. 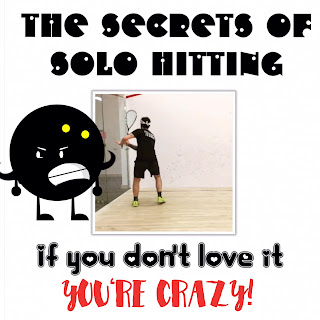 This is a brief overview of my journey with The Secrets Of Solo Hitting. I enjoyed making it, but at times it was a major headache. I'm proud of what I produced and I am going to make a 2nd film sometime in the next year. I already know the topic this 2nd film will be about, but for now it's about marketing this 1st film, coaching and preparing to play in nationals this spring.

Below is the preview for The Secrets Of Solo Hitting. Please share it with your peers at your squash club.  I've also decided to offer a full refund if someone does not enjoy the video. Hopefully this will provide more incentive for people to purchase the film and give it a chance.
Here's the link to where you can purchase the film: SeriousSquashShop.com/collections/coaching-videos