Why We Should All Purchase A Squash TV Membership

A couple of blog posts ago I wrote about the troubling state of squash in many countries across the globe. Today I'm going to write about a way that we can all pitch in to make the game a little stronger and that's by purchasing a Squash TV membership.

I should start off by stating that I do not work for Squash TV nor am I associated with them in any way whatsoever. In fact I've been trying to get some footage from them to analyze for Squash Shots and have offered to pay for this, but I haven't heard back. So my opinion in this post is purely my own and the only interest I have is in promoting squash and to see it flourish. I have had my own Squash TV membership for as long as I can remember and some years I watch it more than others, but I will never cancel it.

I recently did a poll on the Serious Squash Instagram account and only 40% of the people who answered it had a current Squash TV membership. I'm going to try and do some research and figure out why the 60% don't have one. My guess is that they don't want to, or can't afford to spend the money. Or perhaps some people get enough squash from Youtube or don't care about watching full pro matches and tournaments. I know there's a few things about professional squash and Squash TV that could improve and if more people subscribed we would be doing our part to make that happen. 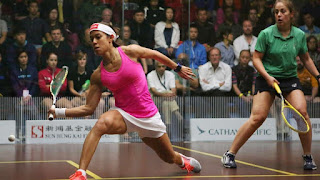 The quality of the production and the amount of matches filmed on Squash TV is quite impressive in my opinion, especially considering how limited watching professional squash was when I was growing up. The commentating is clever, well informed and easy to listen to. The caliber of the players is also amazing and the game is constantly evolving because of the filming production and ease of access. Players, current pros and up and comers are able to make better game plans and analyze squash in a way that was not possible prior to Squash TV. But it's not only for those keen on improving their squash that I believe should purchase a Squash TV membership.


I haven't had cable in over 8 years. It's too expensive and I don't want to sign a contract for an over priced service. All I would normally watch on cable was sports and much of that is now available online. I mention this because I know a lot of people don't want to pay the monthly or annual costs associated with a Squash TV membership. Some people may even share accounts because their interest is simply in saving themselves a little bit of money. But by doing this these people are not supporting our game at the highest level and we all know there is not enough publicity or money in the pro tour. 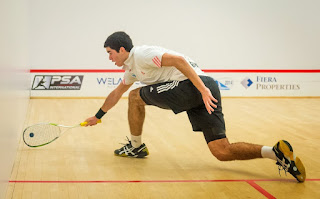 I don't know the statistics, but if the Squash TV membership somehow doubled I imagine it would allow them to majorly increase their production value and it would be more appealing to potential sponsors and tournament hosts. Squash has always had a tough time getting on television. As as small close knit and supportive community, we basically have our own channel and by not supporting it we are also not doing our part to give back to our game and to help it flourish at the pro level. If there is no professional circuit, or a less funded one it is bad for the entire sport; I truly believe there is a trickle down effect right to your home club and for many of the members in it. Imagine if they took away the NBA, NFL or NHL and what type of impact that would have on their respective sport and the kids who look up to their role models? 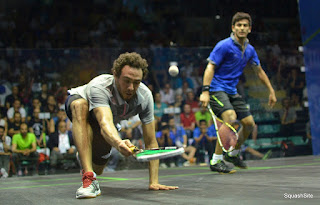 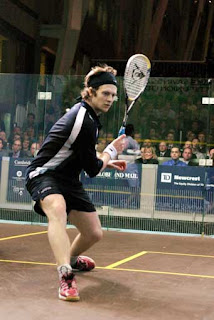 Hopefully you can agree that the simplest way we can support the PSA World Tour and the professional players that are trying to make a living playing squash is by buying a membership. We can't all attend or sponsor a pro tournament, but most of us can afford to purchase a Squash TV membership. If you don't have a Squash TV membership and you're reading this I'd be curious why not. You're clearly into your squash if you're reading a squash blog. So I'm making a plea for the good of our sport to give Squash TV a try. Even if you don't want to use it this is putting money back into our sport and potentially you can purchase it for someone who would love to have an account and watch all of the matches. It's my understanding that Squash TV is run by the PSA so by supporting it you are also supporting the tour. If the PSA World Tour thrives over the next decade and beyond I have to imagine the state of our game globally will be in good hands.

Here's the link for those that want to purchase a Squash TV membership: https://psaworldtour.com/squashtv
I know it's not cheap as the monthly subscription is more than my Netflix bill. But I also have an MLB annual pass which is higher than both. I know we could all do with saving a bit of money and cutting out unnecessary expenses, but I believe this is a good cause that goes beyond our local squash club and unifies us all. If Squash TV made an extra million dollars I highly doubt it would just go into the pockets of anyone in particular, it would go back into the sport and the service and make it all that much more impressive. If Squash TV had more paying members than the Tennis Channel or NHL season pass I have to believe this is something that would get big corporations on board for sponsors and may potentially impact a future Olympic bid. We may not have the vast majority or numbers, but we can be the most dedicated and passionate! 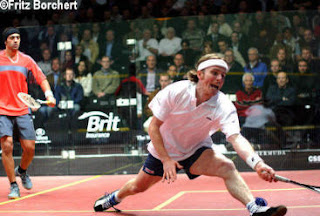 Another great part about Squash TV is that you can go back and watch replays of matches and tournaments. There are also some old school matches featuring some of the best from the last decade. Some of my favourite players to watch are Shabana, Power and of course Ramy. 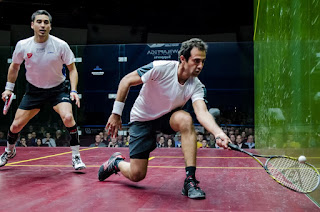 You can subscribe to this blog by email to be alerted for future blog posts. Also, you can find Serious Squash on Youtube, Facebook and Instagram for the most regular posts. Plus there is a Patreon account where subscribers receive exclusive weekly videos for $3/month. You can check it out at Patreon.com/SeriousSquash but if you are only going to subscribe to one, pick Squash TV :)